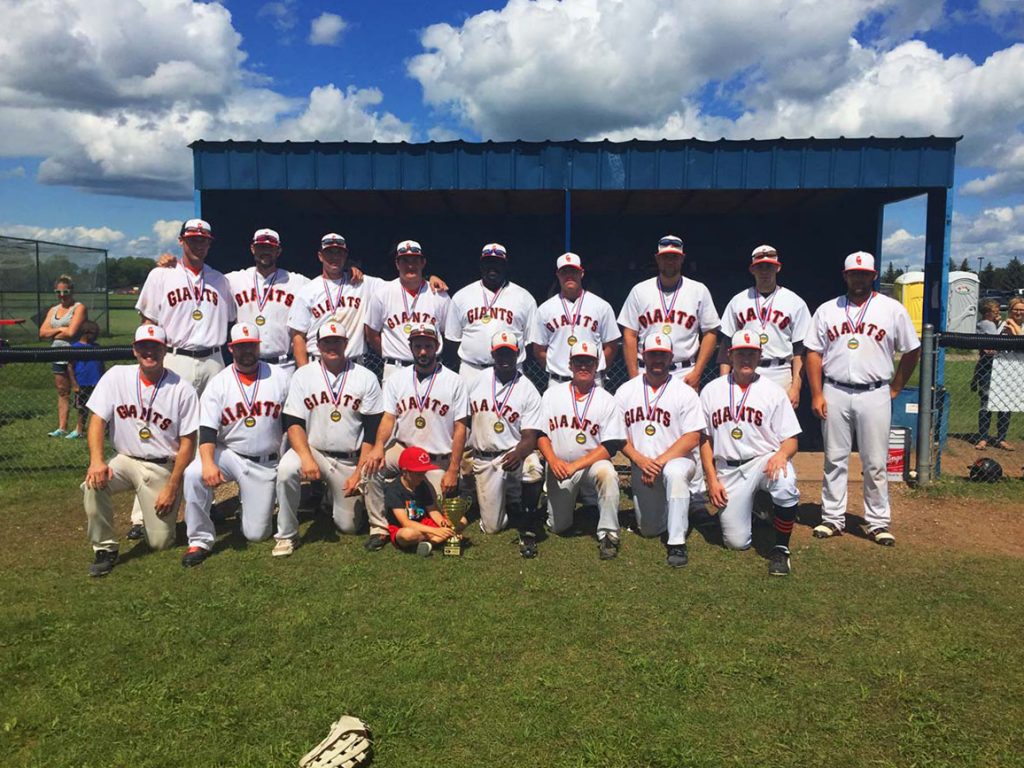 The Calgary Giants were proud to be one of the two FMBA franchises represented in what was a great weekend of baseball in Innisfail for the 2016 AA Provincial Championships.  The Giants brought 16 guys north for the tournament which featured the Cold Lake Cardinals, Innisfail Indians, Calgary Cardinals and the Giants.  Through the round robin, it was the Giants and Calgary Cardinals earning berths in the finals, creating an All-FMBA provincial championship game and showing the strength and depth of talent present within the FMBA.  The Giants came out on top with a 5-0 win on Mondays final through a great effort on the hill from Steven Latos, three home runs and some solid defence.  The Giants bats created offence all tournament long, but the story for the G-men was the efforts of starting pitchers Desmond Sullivan, Drew Calanchie, Matt Bannister and Steven Latos, who all threw complete games and allowed only five earned runs through the 4 games.  We’d also like to thank the Innisfail Indians for hosting, and look forward to the Western Canadian Championships in Cold Lake in a few weeks.